You can also save this image without the membership - but only in small and average sizes, and it may have the site's watermark. Please simply click your right mouse button and save the image.
All free photos → Photos of Transportation →  Photos of Aircraft → Photo of A Seaking Helicopter from the Commando Helicopter Force MOD 45150331 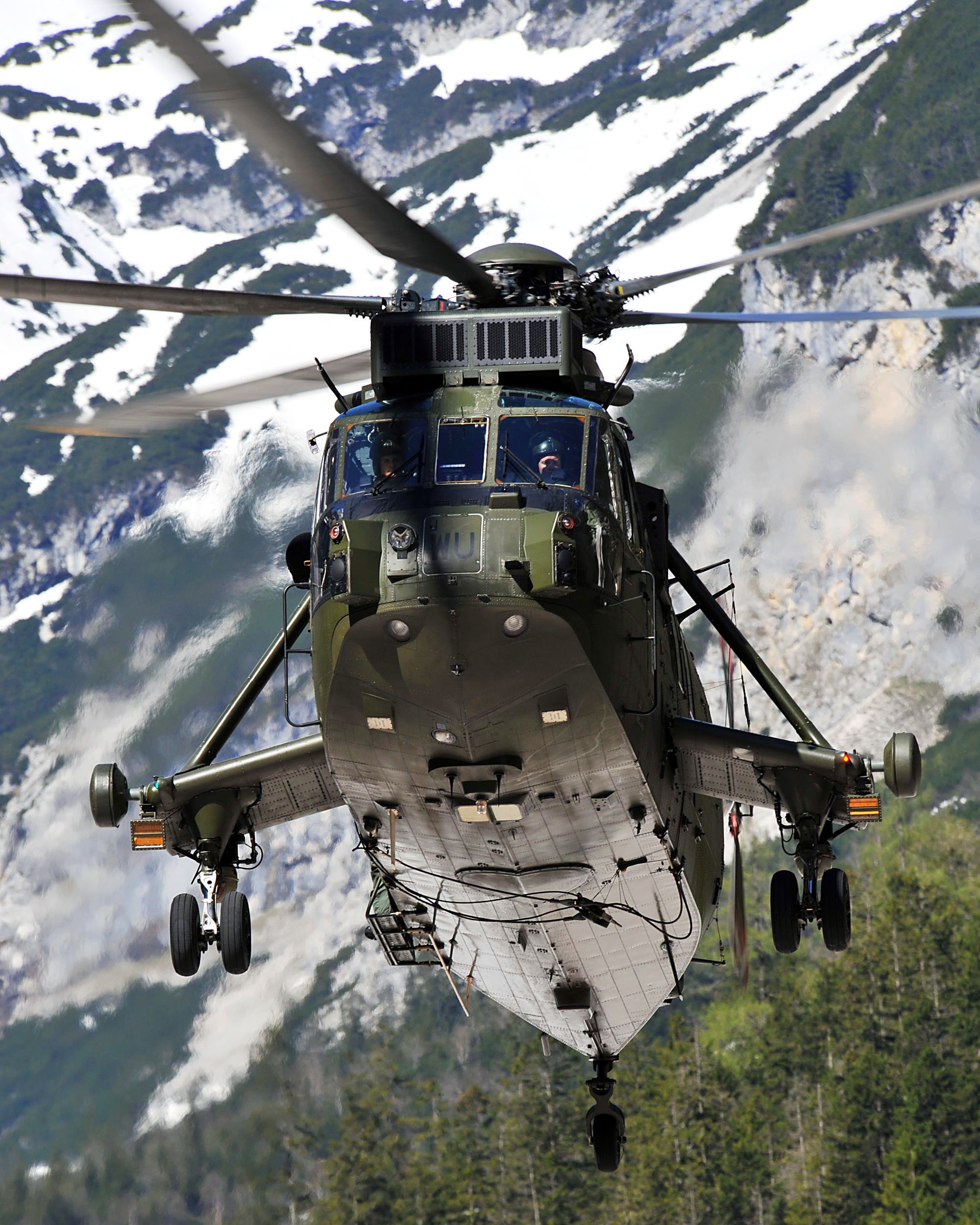 This photo was viewed 17 times and was downloaded in full size 7 times.

A Royal Navy Seaking helicopter of the Commando Helicopter Force (CHF) is pictured on exercise in the mountains of southern Germany. The Commando Helicopter Force enjoys a reputation for high standards of professionalism and flexibility and this is, in no small part, attributable to the exacting and thorough instruction provided by 848 Naval Air Squadron (NAS), or the ‘Jungly Training Academy’ as it is colloquially known. Based at the Royal Naval Air Station (RNAS) Yeovilton the Squadron has a complement of one hundred ratings and thirty officers, the Squadron is responsible for the instruction of up to fifty pilots and aircrewmen each year. Operating the Sea King Mk 4, pilots undertake and Aircraft Conversion Phase that includes handling the aircraft in various emergencies and how to fly with sole reference to instruments - before crewing up with the aircrewmen, taken from Royal Navy Ratings and Royal Marines, to learn how to operate the aircraft in a tactical environment during the Conversion Phase. The Squadron also trains more than one hundred and fifty helicopter maintainers annually before sending them to the front line. Aircrew and maintainers receive military and amphibious training and individuals are also taught how to operate in the field and from the deck of a ship. 848 NAS is also committed to numerous UK maritime operations and airborne support for the Royal Marines. To ensure aircrew are fully prepared for future operations in Afghanistan, where their Front Line sister Squadrons 845 and 846 NAS are currently deployed, it essential the students are primed for the mountainous and high altitude environment, which is several thousand feet above sea level. Both squadrons continue to conduct very successful deployments in Afghanistan, operating their Sea King Mk 4 at the edge of their flight envelope with temperatures in the summer reaching 50 degrees and a sand ridden environment that challenges both aircrew and engineers alike. Organizat