You can also save this image without the membership - but only in small and average sizes, and it may have the site's watermark. Please simply click your right mouse button and save the image.
All free photos → Free Photos of Nature →  Free Photos of Stars → Photo of Planetary Danger Zones in the Rosette Nebula 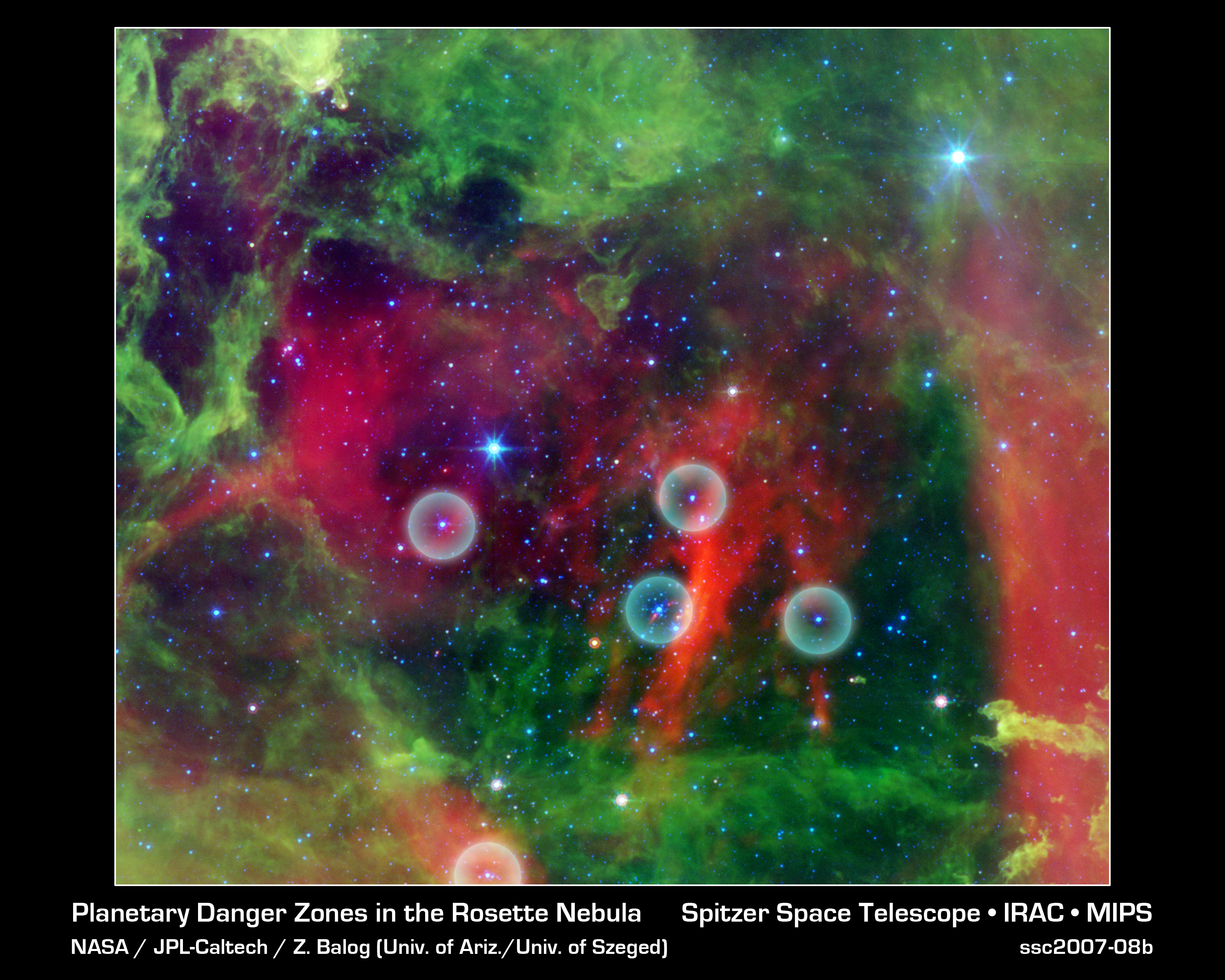 This photo was viewed 3 times and was downloaded in full size 1 times.

This infrared image from NASA's Spitzer Space Telescope shows the Rosette nebula, a pretty star-forming region more than 5,000 light-years away in the constellation Monoceros. In optical light, the nebula looks like a rosebud, or the "rosette" adornments that date back to antiquity. But lurking inside this delicate cosmic rosebud are so-called planetary "danger zones" (see five spheres). These zones surround super hot stars, called O-stars (blue stars inside spheres), which give off intense winds and radiation. Young, cooler stars that just happen to reside within one of these zones are in danger of having their dusty planet-forming materials stripped away. Radiation and winds from the super hot stars have collectively blown layers of dust (green) and gas away, revealing the cavity of cooler dust (red). The largest two blue stars in this picture are in the foreground, and not in the nebula itself. While O-star danger zones were known about before, their parameters were not. Astronomers used Spitzer's infrared vision to survey the extent of the five danger zones shown here. The results showed that young stars lying beyond 1.6 light-years, or 10 trillion miles, of any O-stars are safe, while young stars within this zone are likely to have their potential planets blasted into space. This image shows infrared light captured by Spitzer's infrared array camera. Light with wavelengths of 24 microns is red; light of 8 microns is green; and light of 4.5 microns is blue.
Licensing:
Public Domain
Only registered users can post comments. Please login.