You can also save this image without the membership - but only in small and average sizes, and it may have the site's watermark. Please simply click your right mouse button and save the image.
All free photos → Free Photos of Nature →  Photos of Landscapes → Photo of Iceberg in North Star Bay, Greenland 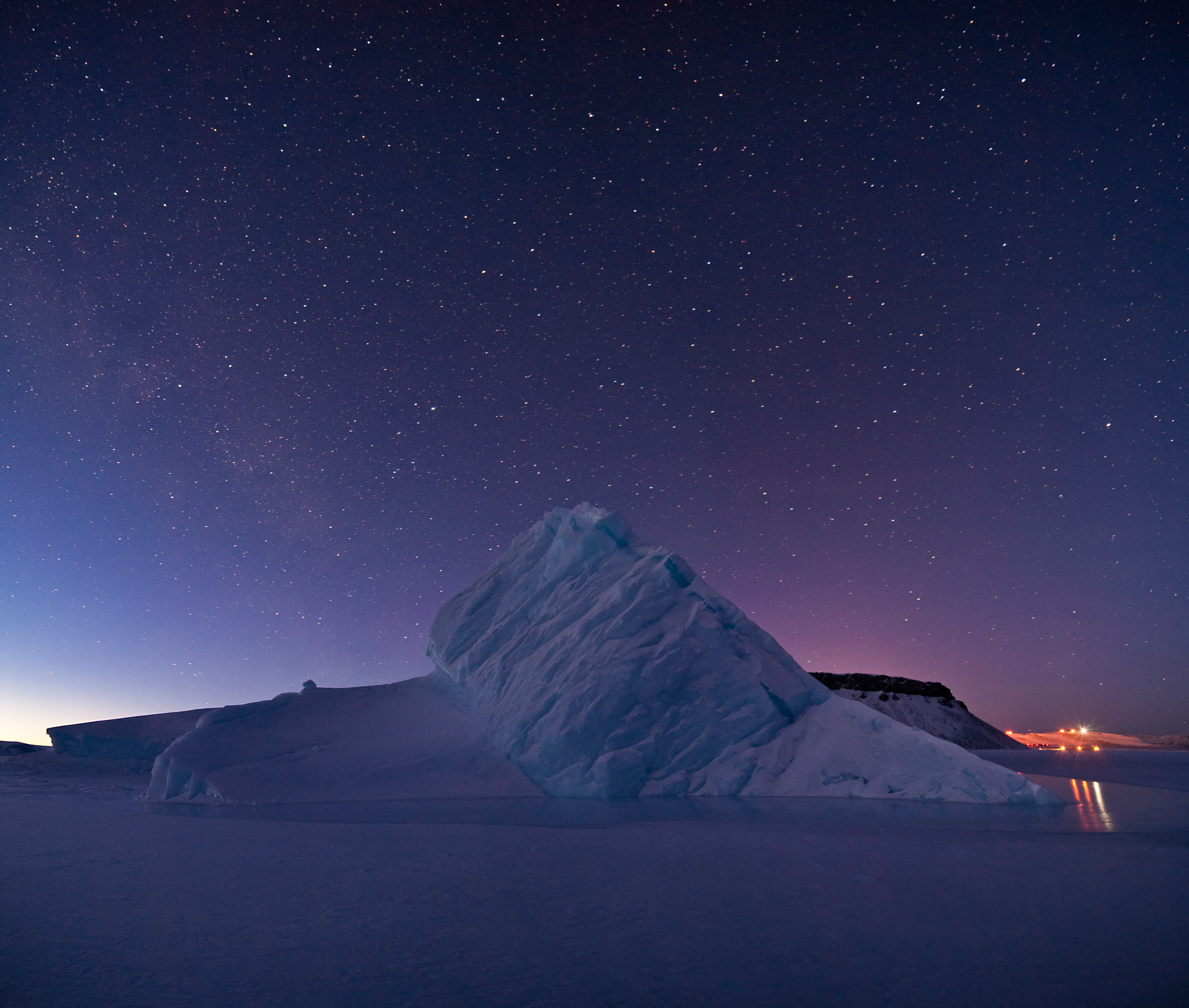 This photo was viewed 32 times and was downloaded in full size 12 times.

This photo was liked 1 times

For five years, Jeremy Harbeck has worked as a support scientist for NASA’s Operation IceBridge, an airborne mission to study polar ice. The data processing that he does typically takes place in an office at NASA’s Goddard Space Flight Center in Maryland. However, to speed the process of delivering data to the Arctic sea ice forecasting community, Harbeck traveled to Greenland for the first time in spring 2015. He had just arrived at Greenland’s Thule Air Base on March 20 when a mechanical issue grounded the aircraft. No science flight could happen for a few days. As teams in the United States and Greenland scrambled to locate and deliver a replacement part, researchers on the ground waited. Some of them hiked to what was locally known as “the iceberg.” The unnamed berg pictured above has been frozen in place by sea ice in North Star Bay. Harbeck shot the photograph—a composite of four 49-second images—on March 21 at about 2:30 a.m. local time. The sun never fully sets at this time of year in the Arctic, so sunlight appears on the left side of the image. Lights from Thule are visible on the right side. Look for the Milky Way (top left) and a few very faint meteors visible in the early morning sky. Harbeck left the dock at Thule with sea ice scientist (and current IceBridge project scientist) Nathan Kurtz and a local recreation officer at about 10 p.m. From there, the group hiked 2.4 kilometers (1.5 miles) across the still-thick sea ice in weather that Harbeck called a “pleasant” minus 18 degrees Celsius (0 degrees Fahrenheit). They paused frequently on the way, and they even circled the berg to check for polar bears. “You don’t have a sense of scale of this berg until you get up to it,” Harbeck said. “It’s about the size of my apartment building, and that’s only the part protruding from the water.” Assuming the berg is ungrounded (which is uncertain), about one-tent