You can also save this image without the membership - but only in small and average sizes, and it may have the site's watermark. Please simply click your right mouse button and save the image.
All free photos → Pictures of Architecture →  Photos of Churches → Photo of Kazimierz Dolny 12 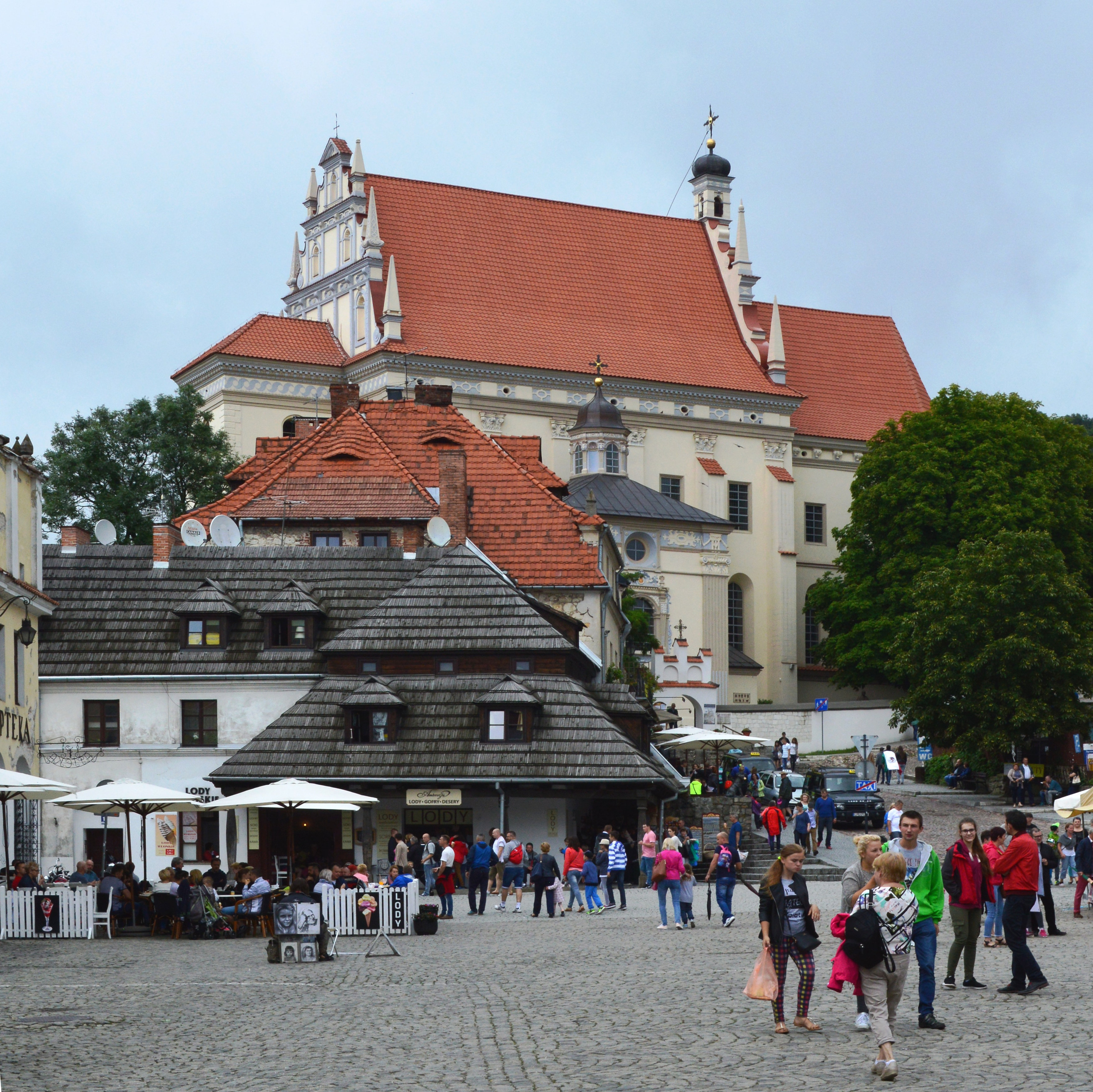 Kazimierz Dolny is a small town in central eastern Poland, on the right (eastern) bank of the Vistula River in Puławy County, Lublin Province. Historically it belongs to Lesser Poland, and in the past it used to be one of the most important cities of the Province. At the edge of historical Lublin Upland, Kazimierz Dolny is one of the most beautifully situated little towns in Poland and enjoyed its greatest prosperity in the sixteenth and the first half of the seventeenth century due to the trade in grain conducted along the Vistula. It became an economic backwater after that trade declined, and this freeze in economic development enabled the town to preserve its Renaissance urban plan and appearance. Kazimierz Dolny is an art center in Poland. Many painters retreat to this small town to paint and sell their work. Galleries can be found in almost every street, offering for sale sculptures, stained-glass, folk art, and fine art. The town is one of Poland's official national Historic Monuments (Pomnik historii), which listing is maintained by the National Heritage Board of Poland. The history of Kazimierz Dolny dates back to the eleventh century, when on one of the local hills there was a Benedictine settlement called Wietrzna Gora. In 1181, Prince Casimir II the Just handed the settlement to Norbertine nuns from the district of Zwierzyniec in Kraków. The nuns changed its name to Kazimierz, in honor of the prince. For the first time, the name Kazimierz appears in chronicles in 1249. Later on, the adjective Dolny (Lower) was added, to distinguish the town from the Jewish town Kazimierz - now a district of Kraków. In the early fourteenth century, the village became a royal possession, and King Władysław I the Elbow-high founded a parish church there in 1325. The foundation of the town is attributed to Władysław's son, King Casimir III the Great, who granted the town rights in the first half of the fourteenth century. Later, King Władysław II Jagiełło modernized Kazimierz
Only registered users can post comments. Please login.