You can also save this image without the membership - but only in small and average sizes, and it may have the site's watermark. Please simply click your right mouse button and save the image.
All free photos → Pictures of Architecture →  Photos of Churches → Photo of Hradec Kralove 10 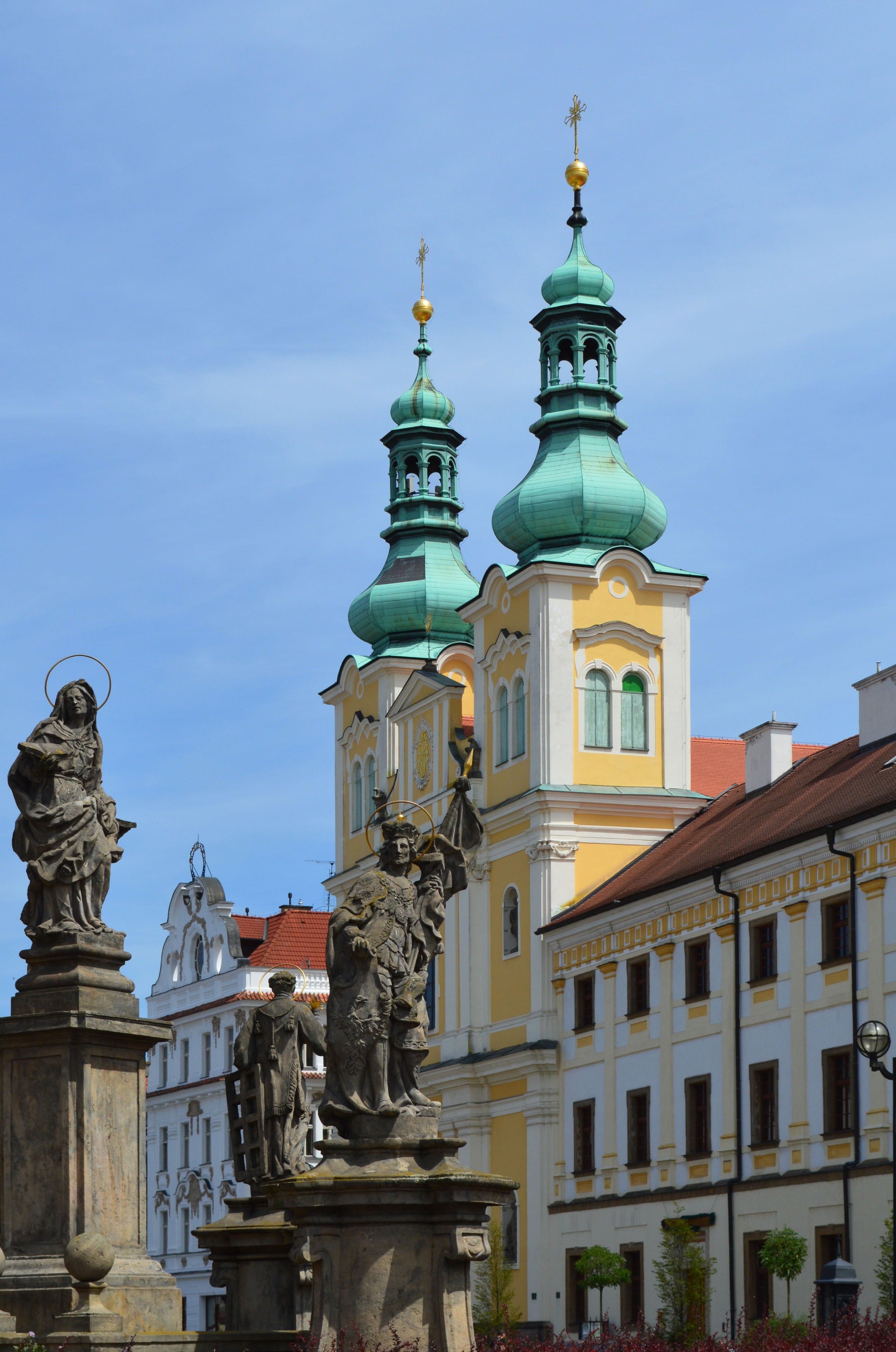 Hradec Králové is a city of the Czech Republic, in the Hradec Králové Region of Bohemia. The city is situated in the centre of a very fertile region called the Golden Road on the confluence of Elbe and Orlice and contains many buildings of historical and architectural interest. The Cathedral of the Holy Spirit was founded in 1303 by Elizabeth, and the church of Saint John, built in 1710, stands on the ruins of the old castle. The original name of one of the oldest settlements in the Czech Republic was Hradec (the Castle); Králové (of the queen) was affixed when it became one of the dowry towns of Elisabeth Richeza of Poland (1286–1335), who lived there for thirty years having been the second wife of two Bohemian Kings, Wenceslaus II and then Rudolph I of Habsburg. In Latin, the Castle of the Queen was called Grecz Reginae, the original German Königingrätz was shortened to Königgrätz by 1800. It remained a dower town until 1620. Hradec Králové was the first town to declare for the national cause during the Hussite Wars in the first half of the fifteenth century. After the Battle of White Mountain (1620) a large part of the Protestant population left the place. In 1639 the town was occupied for eight months by the Swedes. Several churches and convents were pulled down to make way for the fortifications erected under Joseph II. The Battle of Königgrätz, the decisive battle of the Austro-Prussian War took place, on 3 July 1866 near Hradec Králové. This event is commemorated in the famous Königgrätzer Marsch. This battle also showed the age of this kind of fortresses and it was finally destroyed in 1884. The Scotch Mist Gallery contains many photographs of historic buildings, monuments and memorials of Poland and beyond. Polski: Galeria Mist Scotch zawiera wiele zdjęć zabytkowych budowli, pomników i miejsc pamięci w Polsce.
Only registered users can post comments. Please login.