You can also save this image without the membership - but only in small and average sizes, and it may have the site's watermark. Please simply click your right mouse button and save the image.
All free photos → Free Photos of Nature →  Photos of Landscapes → Photo of Marion Island, South Africa, EO-1 ALI satellite image, 5 May 2009 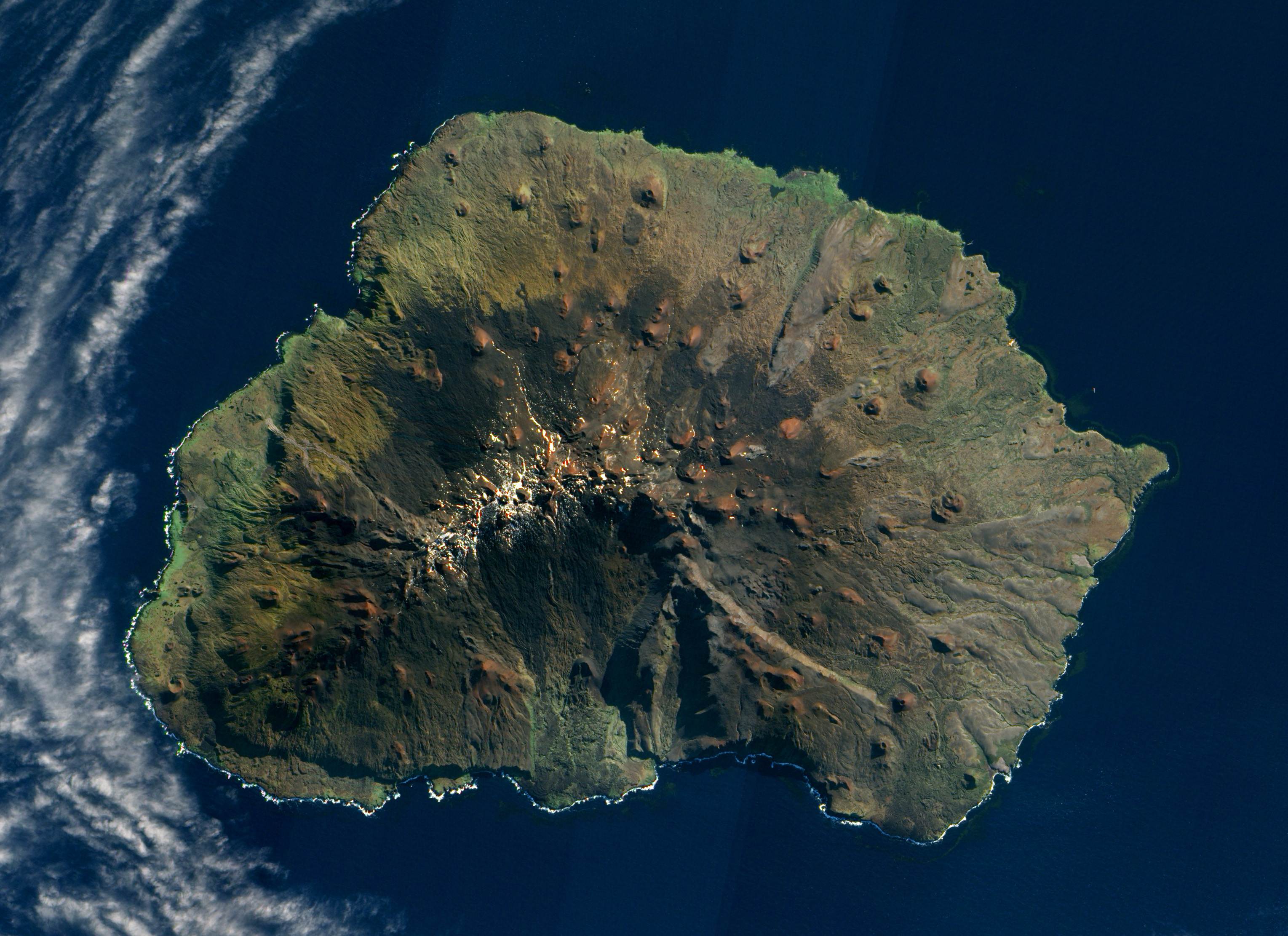 This photo was viewed 5 times and was downloaded in full size 2 times.

Satellite image of South Africa's Marion Island. Original NASA caption, for a version similarly cropped to show just Marion Island: "A dusting of ice graced the summit of Marion Island in early May 2009 as waves breaking against the island’s shore formed a broken perimeter of white. Like its smaller neighbor, Prince Edward Island, Marion Island is volcanic, rising above the waves of the Indian Ocean off the southern coast of Africa. Prince Edward and Marion are part of South Africa’s Western Cape Province. (Both islands appear in the large image.) "The Advanced Land Imager (ALI) on NASA’s Earth Observing-1 (EO-1) satellite acquired this natural-color image on May 5, 2009. Sunlight illuminates the northern slopes of the volcanic island, leaving southern slopes in shadow. More than 100 small, reddish volcanic cones dot the island, some of the most conspicuous in the north and east. The island reaches its highest elevation, 1,230 meters (4,040 feet), near the center. Vegetation is generally sparse on Marion Island. Lichens live near the summit, and mosses and ferns grow elsewhere on the boggy surface, but trees don’t grow on the island. "Occurring at the juncture between the African Continental Plate and the Antarctic Plate, Marion Island has been volcanically active for 18,000 years. The first historical eruption was recorded in November 1980 when researchers recorded two new volcanic hills and three lava flows. Researchers observed another small eruption in 2004. "Besides volcanic cones, Marion Island is home to Marion Base, part of the South African National Antarctic Programme. Focusing on biological, environmental, and meteorological research, the base is situated on the island’s northeastern coast."
Licensing:
Public Domain
Only registered users can post comments. Please login.